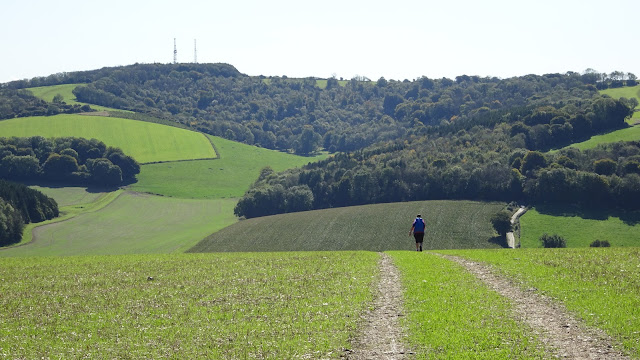 The South Downs Way is a 100 mile National Trail running from the ancient capital of England at Winchester, to Eastbourne on the south coast. I had walked the trail over a number of weekends back in the nineties with our local Ramblers group but this trip was in a westerly direction and I felt at the time that it would be better walked in an easterly direction, towards the sea, rather than away from it. Also, the best scenery on the trail is in the eastern half of the trail so it made sense to me that it should be walked in this direction. I also wanted to do it as a continuous walk, rather than in sections so as we were visiting the UK, we took the opportunity to take on the trail over eight days, staying in pubs and hotels along the way. The following is a photo diary of the trip between 18th and 26th September 2017.

Our Coast to Coast Adventure

Having abandoned my Cape Wrath Trail hike due to illness, I spent the best part of a week recovering in Ullapool before I headed south to the Cumbrian coast to meet-up with my wife in St.Bees for our impending trek along Wainwright's famous Coast to Coast trail. I still had a cough and a rough throat but it was beginning to subside and I felt much better than I had when I had arrived at Inchnadamph, almost a week earlier. Despite not feeling well, I spent these days exploring Ullapool, which I found very attractive and as I left for Cumbria on the bus, found myself regretting the fact that I had not been well enough to really enjoy my stay. After a long trip by bus and train, I arrived at St.Bees station to find my wife waiting and we headed into the village and enjoyed a drink and the afternoon sunshine in a nearby pub garden. We set off the following morning in fine weather and enjoyed the exhilarating clifftop path and the views across the Irish sea to the Isle of Man before heading inland towards the Lake District, which looked superb in the sunshine from the summit of Dent, the first serious hill of the walk.  Unfortunately, this was to be the last sustained, decent weather of the walk until we crossed into the Yorkshire Dales. The third day from Rosthwaite to Grasmere turned into one of the worst days walking I have ever experienced as the constant rain, flooded paths and rivers were compounded upon reaching the top of Greenup Edge by flooded peat bogs and gale force winds. We came to a swollen river as we headed for the path down into Easdale and as we stood in the howling wind and rain, I began to shake uncontrollably with cold as we wondered how to deal with the obstacle in front of us. I had started walking in my usual very light clothing, which had been fine in the valley, but at the top of the climb the gale force winds became an unexpected factor and although I had more layers in my rucksack, putting them on in the wind was almost impossible. Despite this, I managed to pull a windshirt on over my waterproof, which helped considerably and as I tried to ignore my predicament and focus on our options, we were joined by four other walkers. Together, we squelched through bogs to a point further up the river where it narrowed a little and helped each other jump across. As we reached the summit of the Easdale path, the wind became so strong that one of our party was blown off of her feet and knocked to the ground. Having re-grouped, we bolted for the descending path and fairly quickly things eased although the rain and wind continued until we arrived very wet, cold and bedraggled into Grasmere.

The aborted take-off from Luton Airport should probably have served as an omen that the trip was not going to go smoothly. I was heading for Strathcarron to resume my walk across Scotland along the Cape Wrath Trail, having started in Kirk Yetholm the previous year, but now found myself sat on the runway along with all of the other passengers wondering what was going on.  I had relaxed back in my seat as the plane lurched down the runway and the engines roared into life when suddenly the power was cut and an announcement come over the tannoy saying that the take-off had been aborted for 'technical reasons'. This slightly unnerving news was followed by a wait of around an hour on the tarmac while the problems were dealt with, which was very annoying as the flight was already almost an hour late taking off. We eventually took off nearly two hours late and I was soon sitting with my rucksack at the bustop at Inverness Airport waiting for a bus into the centre of the attractive Highland capital before taking the opportunity in joining three women in a taxi-share, which certainly saved time and as there were four of us, probably didn't cost any more than the bus. I was staying in Inverness overnight as I needed to get various items for the trip plus I didn't fancy starting the walk during the afternoon, which it certainly would have been after the delayed flight.

In just over a week, I will be back in Strathcarron ready to start my next leg of the Cape Wrath Trail, a route that has hovered on the fringes of my consciousness since the spring of 2000. Back then, I had some experience of long distance hiking and wild camping having walked Wainwright's Coast to Coast walk alone in 1998 and the Southern Upland Way in 1999, which I had walked with my friend Ian. On this fairly remote and often testing walk, we had enjoyed a great trip using tents, bothies and B&B's and upon our return, looked around for something similarly challenging.

My Scottish National Trail - Return to the Highlands 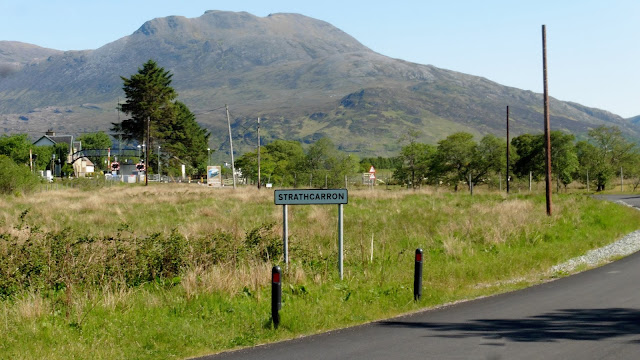 In around two weeks, I am returning to Strathcarron to continue my walk that effectively began in 2015 in Edale with the start of the Pennine  Way. Having completed this epic trail, I decided to continue the hike last year by returning to Kirk Yetholm and continuing the walk for around 310 miles across Scotland via a section of the Scottish National Trail, the West Highland Way and finally  finishing at Strathcarron on the Cape Wrath Trail. It is this last trail that I am returning to complete on the 22nd May. I have already had a tough baptism on this trail through Morar and Knoydart and I am now itching to get back to complete what is considered the UK's toughest hike.