After 4 days spent with my wife visiting friends in south Devon, I return to the trail with new (bigger) shoes and new glasses as I head for Bridgwater 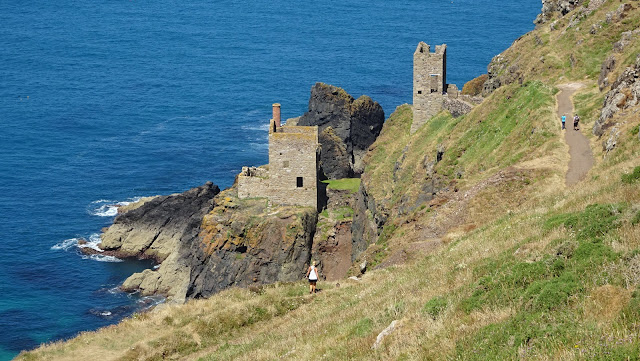 One of the things I most regret about my Land's End to John O'Groats walk in the summer was my decision to walk the Lands End Trail in preference to the South West Coast Path. My plan was to walk from Land's End to St. Ives using the SWCP before heading inland to pick up the LET. My reason for this was that I thought that I would make faster progress taking a fairly direct route through Cornwall and Devon. 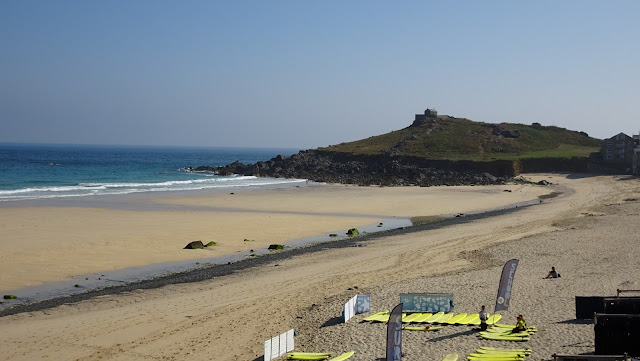 This was a decision I came to regret. The LET proved to be a time consuming, frustratingly overgrown and irritatingly difficult route consisting of mostly local footpaths knitted together to form a 'trail'. There were numerous times when the path simply disappeared or didn't appear at all. On one occasion, I spent some time trying to smash my way through an overgrown path using my two trekking poles but in the end, gave up and retreated back to the previous village and road walked around the obstruction. 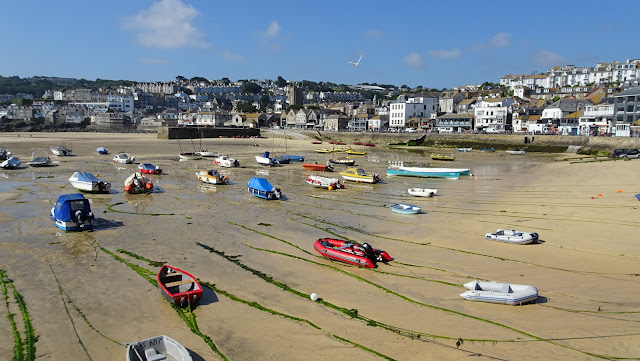 Even when climbing the slopes to the summit of Brown Willy on Bodmin Moor, I never located a path despite being on the route I had downloaded onto my GPS. Instead, I found myself ploughing my way through waist deep ferns as I struggled to the summit. Eventually, I gave up trying to follow it and instead followed the myriad of tiny rural lanes that criss-cross the south-west. Much as I dislike road walking, this was preferable to the frustrating struggle to stay on the LET. 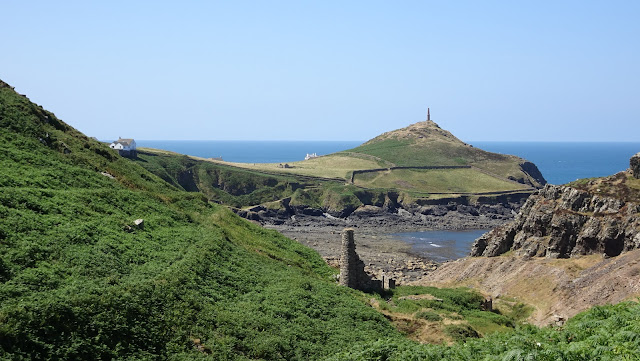 In contrast, the sections of the South West Coast Path I walked were simply stunning. The first section from Land's End to St.Ives was pretty tough but traversed some magnificent scenery, including some exquisite, remote white sand beaches, accessible only to those prepared to walk some distance from the nearest road. I spent the night at the end of my first day wild camping alongside the path just after Zennor and this was my favourite campsite of the trip. Just yards from the shore, I was lulled to sleep by the sound of the waves after enjoying dinner outside my tent as I watched the sunset over the sea. Over the next few days, I switched between the SWCP and the LET but most of the good memories are of the SWCP. 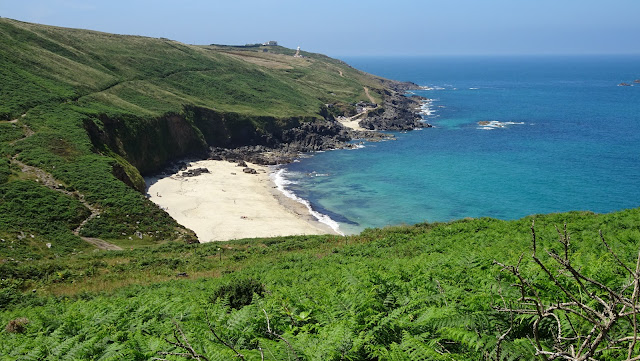 I was fortunate that I was walking in one of the most memorable UK summers for many years and as I romped along the coast, I looked forward to cresting each headland as I knew that as I reached the top, I would be greeted with yet another awesome stretch of golden, sandy beach stretching for miles, the rollers breaking on the shore creating a scene more reminiscent of an idyllic Caribbean island. 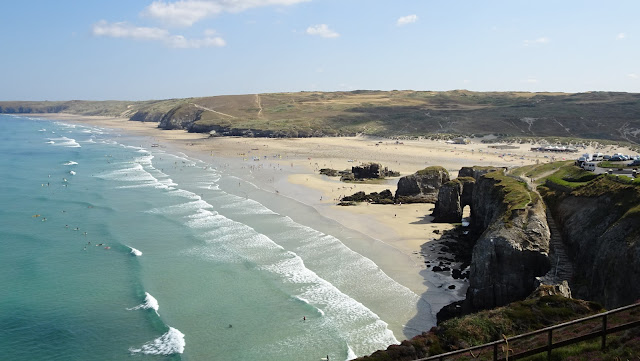 In weather the UK experienced in the summer, there can't be anywhere in the world more staggeringly beautiful. By the time I reached Padstow, I decided to head inland again and left the SWCP for the last time. With the benefit of hindsight, it is a decision I would not make again.
at October 26, 2018 No comments: 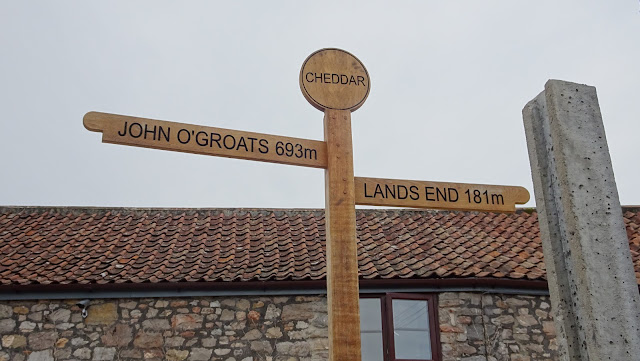 Much as I like hiking alone, there are times when it is nice to have some company, particularly on a hike such as my recent Lands End to John O'Groats hike where you are unlikely to meet anyone following the same route. I was therefore pleased when Mike, a friend of mine who lives near the village of Cheddar in Somerset, joined me for a day's hike over the Mendips. Initially, we followed the road out of Cheddar up through the gorge, the spectacular cliffs towering above us as we watched the wild goats clambering up the steeps rocky walls. 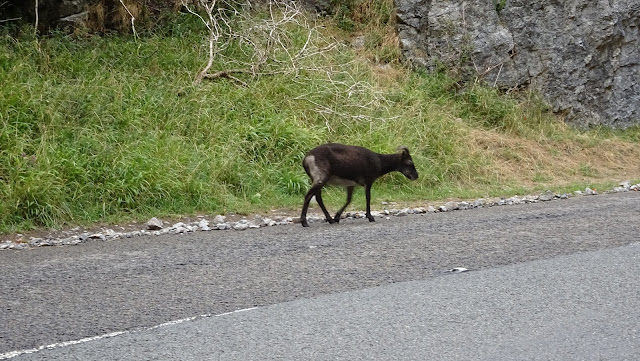 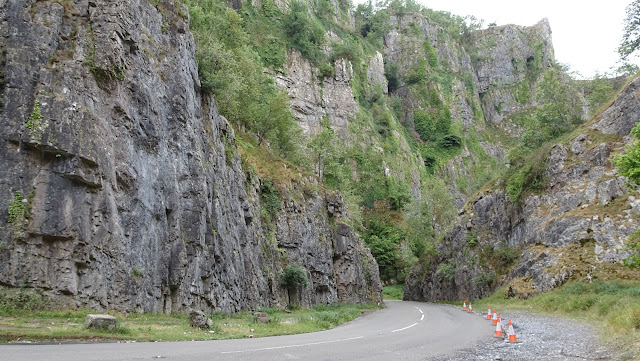 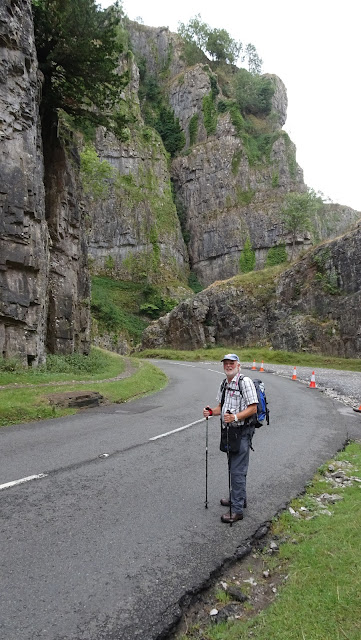 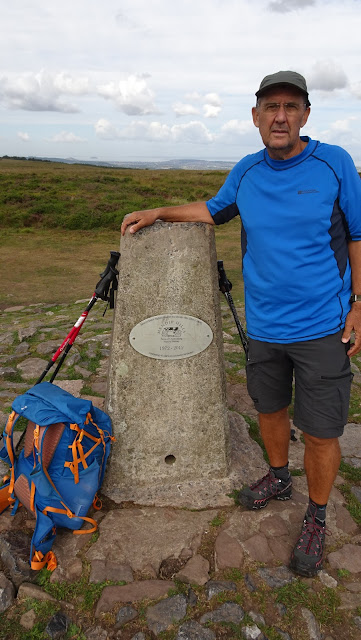 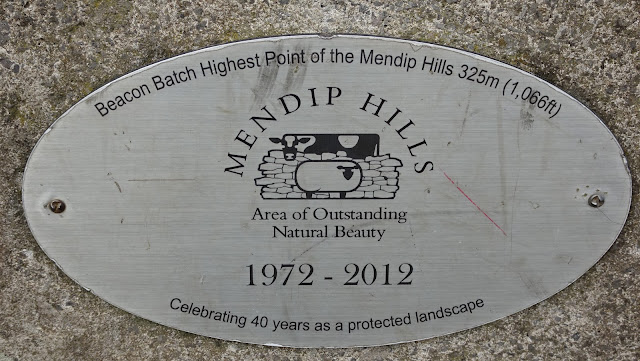 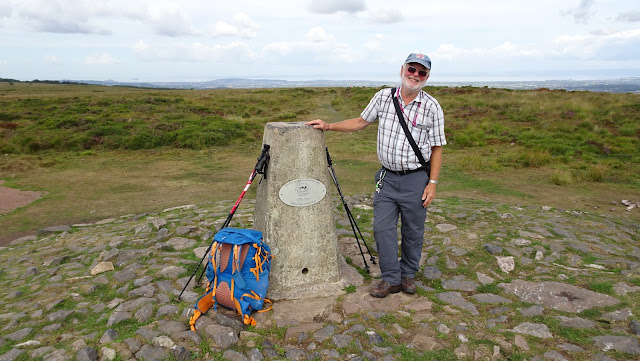 The following day, as Mike waved me off from our previous day's finish point, I began to ponder my preference for solo hiking. Much as I had enjoyed walking with Mike, I was glad to be alone again, making my own way through the countryside. This contradiction is something that I ponder often when walking as, although I love walking alone, I also like to have someone to share the trail with, even if it's simply meeting another hiker doing the same trail or chatting to them in a campsite or pub in the evening. 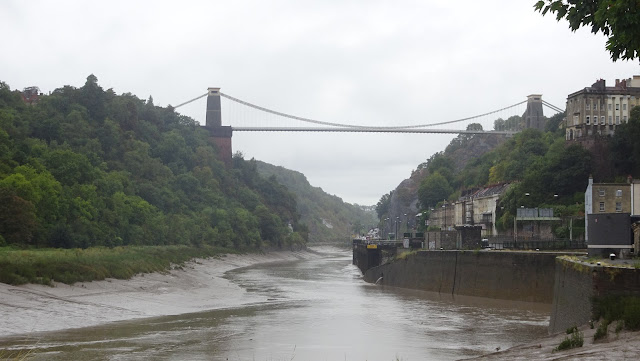 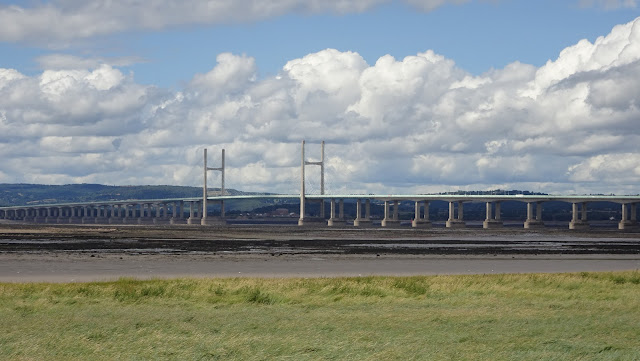 Now, having enjoyed Mike's company and hospitality the previous day and feeling re-energised, I resumed my Land's End to John o'Groats walk and hiked around Bristol in torrential rain before heading along the banks of the Severn and on into Wales.
at October 17, 2018 No comments:

Days 8 & 9 of my LEJOG hike. After a three day lay off in Launceston for treatment on my infected toe, I return to Jamaica Inn to recommence my hike.

Gear I used on my LEJOG hike