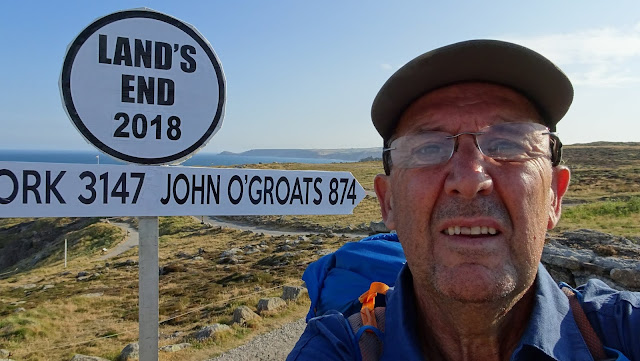 Having halted my Land's End to John O'Groats walk in the summer, I was anxious to get back on the trail ASAP to enable me to complete the entire walk within less than one year. The original plan was to walk the whole route in one but due to unforeseen circumstances, I decided to temporarily halt the walk in Hay-on- Wye. This time, rather than setting off in the summer, I am planning to start hiking in the middle of April 2019. There are two reasons for choosing April, one being that it will mean that I finish the walk in well under a year and also, I should hopefully finish before the main midge season starts in Scotland. I also intend wild camping more often on this trip. Although I camped a fair bit in the summer, I mostly used official campsites as I found locating wild campsites in the areas I was walking through difficult. 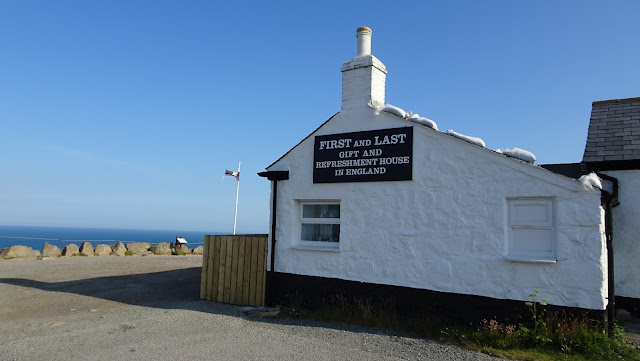 Now however, I will be walking through more remote hill country so I can avoid using too many campsites, some of which in the summer in the West Country were grossly overpriced. My route will be roughly as follows, Offa's Dyke path to Chirk followed by a combination of the Maelor Way, South Cheshire Way, Gritstone Trail along with a few more minor trails to reach the Pennine Way near Hayfield. Having walked the Pennine Way in 2015, I am not interested in walking it again so soon so will be leaving it fairly quickly to follow various trails including the Pennine Bridleway to the Forest of Bowland. After reaching the Lake District I will walk the Cumbria Way to Carlisle, then a combination of the Annandale Way, West Highland Way, Rob Roy Way, East Highland Trail and the John O'Groat's Trail to the end.
at December 20, 2018 No comments:

The Coast to Coast Walk 2011 - Borrowdale to Patterdale

For Day 3 of our 2011 Coast to Coast hike, we had a short, easy day climbing over to Grasmere from Borrowdale. Here, we caught a bus to Ambleside as we could not find a BnB in Grasmere. The following day, we headed through the Grisedale Pass to Patterdale where we camped at the Side Farm campsite. The video quality in some scenes isn't the best as it was filmed on a fairly basic, pocket camcorder.